If you know me at all, you know that Christmas is my favorite time of year. Don’t get me wrong, I love all of the seasons, especially summer. But boy is there just something different about Christmas time. If you spend any time with me this time of year, there’s a strong chance I’m happier and more cheerful. One of the things that I love most about the Christmas season is Christmas movies, or as my 2 year old calls them, “Pismas Song Movies”. He struggles with his “chr”, don’t judge him. The greater majority of these movies are feel good movies and I love every second of it. I love them so much that I start watching Hallmark Christmas movies in October; don’t even think about shaming me over it, because you just can’t. You can’t shame someone over something that they feel no shame for. Anyways, I digress.

My favorite Christmas movie is Christmas Vacation. I love it so much that I wrote a blog post about it a few years ago. But not far behind Clark, I love the old classics. I get this honest from my dad & grandfather. One of my favorite classics is White Christmas. If you’re not familiar with this movie, you are drastically missing out and I can assure you that if you watch the movie, you’ll have the hap hap happiest Christmas since Bing and Danny tap danced (S/O Clark G). The premise is that there’s two men who are in the army and put on musical shows for the men in the 151st Division, who serve under Major General Waverly before he is relieved of duty. To do my best to keep this short & sweet, Phil & Bob (Bing Crosby & Danny Kaye in real life) end up going to stay at the Major General’s Inn in Vermont in a December where it doesn’t snow and the Inn is struggling. The crux of the movie is that Phil & Bob scheme to get the 151st Division to come up and surprise the Major General in Vermont and implement a song into their show “The Old Man.” They did this because the Major General had fallen into this place where he had lost himself of sorts and was not sure where he belonged anymore. I am struck every time I watch this movie at what an impact the Major General made on the men in the 151st division. Simply put, he made a difference in their lives that he was never aware of, until this fateful Christmas in Vermont.

It reminds me of the demon possessed man in Mark 5. In Mark 5, Jesus comes upon this demon possessed man, casts the demons out of him, and in a moment, his life is changing. After changing this man’s life, Jesus went to leave the area where this formerly demon possessed man lived (because he was made to leave by the locals). However, as He was leaving, the man whose life he had just changed was determined to go with him. Yet Jesus told him that he could not leave with him, rather he needed to go home and tell his family and friends of what Jesus had just done for him. What Jesus knew about this man is the same thing I want you to know about yourself, you are positioned for maximum impact EXACTLY where you presently are. Not only that, but you MATTER. Jesus wanted this man exactly where he was, because he was going to use him to change the world around him. If you jump to the end of Mark 6, you would see that Jesus used this man to change his local area and the entire region where he lived. Jesus changed his life & then used him to make a difference.

The interesting thing about the impact and difference we make in people’s lives is that we often don’t realize it’s happening in the moment. It’s usually not until much later we are made aware of the difference we make. Similar to the Major General, during his time leading the 151st Division, he made such an impact on these men he served along side and led that when they had the opportunity to give back to him, they did so in resounding fashion. Although Christmas is my favorite, for some it is a reminder of the lack in people’s lives, a feeling of how they do not belong, or have lost themselves.

I wrote this to remind you of a few things

2) You are positioned for maximum impact in the world around you.

3) You can make a difference right where you are.

I hope this Christmas season you will be reminded that God created you on purpose for a purpose and you are making a positive impact and difference in those around you. The Major General constantly reminds me that we can change a life and make a difference greater than we’ll ever know. This sort of reminds me of the reason for this season, one person came and changed the course of history forever. 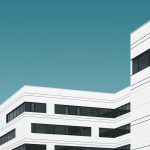