“He chose…poorly.” Those three words are three words I vividly recall my father quoting to me my entire childhood. If you aren’t familiar with them, they are from Indiana Jones and the Last Crusade and they are words spoken by the Grail Knight about the importance of choosing the proper Grail. He speaks words so emphatic and powerful to them, “…for while the true Grail will bring you life, the false Grail will take it from you.” I can’t help but think of Rehoboam (hereafter known as Reho) in 1 Kings 12 when I hear that quote and those three words, “he chose poorly.”

Reho had it made. He was Solomon’s son and David’s grandson. Not only was he of a great lineage, but he was chosen as the heir to his father’s kingdom when he died. He didn’t have to do anything to gain it; he was handed the keys to the kingdom and all he had to do to get them was be born. You know, all the things in life he had control over.

Early on in Reho’s reign, Jeroboam and some Israelite people put him to the test; a test which would dictate the future and the success of his reign as king. The test was whether or not he would lighten the load his father had put on the Israelite people. All Reho had to do was listen to the right voices and his decision would be easy and his reign would be smooth. Verses 7 and 8 show us the downfall of Reho’s reign. He went to his father’s counselors to get their advice,

“They replied, “If today you will be a servant to these people and serve them and give them a favorable answer, they will always be your servants.” But Rehoboam rejected the advice the elders gave him and consulted the young men who had grown up with him and were serving him.” -1 Kings 12:7-8

It was in this decision we see the fate of Reho’s kingdom come to pass. He ignored the counsel of wise men to listen to his yes men; the friends he had grown up with. His friends told him to ignore the request to lighten their load, but to make it greater to prove he was stronger and better than his father. This decision led to the division of the kingdom of Israel and the downfall of Reho as king.

Some of the biggest decisions we have in life revolve around whom we surround ourselves with and the voices we listen to. If there is anything to learn from Reho, it’s that the voices we listen to have a direct impact on the trajectory and direction of our life. If Reho could have heard anything, the wisdom from the Grail Knight would have served him well, although speaking of friends and not the grail. I believe this same advice is something we should often listen to, worded slightly differently. Choosing the right voices and friends will bring you life: listening to the wrong voices and friends will take it from you.

Who are the voices you are listening to? Often times the best advice is not the best sounding advice. However, choosing the right people as your counsel will give you life. 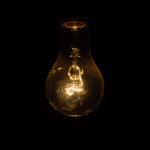