Yesterday, if you remember, I talked about how I had a conversation with one of my mentors about how the previous year had hurt me, more than it had helped me. It led me to feeling like I just wasted an entire year of my life. So, how do I respond to that? What do I do now?

One thing that I did not mention yesterday was the same day, August 3, that I had the conversation with one of my mentors about how the last year of my life had been about worthless and it had hurt more than it helped, I visited a church. I was on my way home from vacation and there is a church in between here and where I was on vacation at, that I enjoy going to and visiting when I can make my way down to there Saturday night services. So, I am just coming off vacation and am going to visit this church with my sister and her fiance. The previous weekend I had also visited this church on my way down to vacation, and God used several different things that the pastor said to convict me and encourage me. But the second week was different…

As I was in the service, we sang and worshiped and had an awesome time of that, but then he got up to preach. He had three points all revolving around the life of David. The first Scripture that he used was 1 Samuel 16:1,

1 The Lord said to Samuel, “How long will you mourn for Saul, since I have rejected him as king over Israel? Fill your horn with oil and be on your way; I am sending you to Jesse of Bethlehem. I have chosen one of his sons to be king.”

See at this point in time the nation of Israel had begged God for a king and God gave them one, Saul. However, Saul did not quite turn out to be all that they wanted him to be or all that was expected of him to be. And the prophet Samuel is a little down and out thinking about how what they all thought was so good turned out to be a total bust. And that is when God comes to Samuel and tells him to ‘fill his horn’ and go anoint the new king.

This point began to sink in with me. I had this thing that at the time and for the most part during it seemed like it was going to be such a great idea, only to get to the end of it and it did not crack up to be all that it seemed it was going to be. It was as if God was saying to me, “Jake, fill your horn and move on, I have something better coming.” As the pastor was talking about this point he made the statement that “sometimes when Saul falls short, it’s because He has David waiting in the wings.” He also went on to say “If you stay stuck in what was you will miss what is, and you’ll never know what could be!” It was these two points where God showed me what I was going to do next.

For me Saul had fallen short and was not all that it seemed it should be, but God has David waiting in the wings. What is my David? I have no idea, all I know is that God is preparing me for it. I had to come to God and let him fill my horn and move on from what was, to let Him prepare me for what is and is going to be. I have no idea what you are going through or what has happened that you might feel like you have wasted time and energy, it might be something far worse than mine. So, what do you do now? How do you respond to that wasted time? Come to God and ask Him to refill your horn, and move on. It does you no good to dwell on what should have or could have been, or what actually was. Move on by seeking God to refill your horn, or you could miss your David. 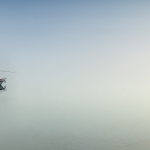 How Can I Do That?Uncategorized