This is my first blog post I have put up in over two months, but today I knew it was time to share something. In August of 2012, I was listening to a sermon and the pastor challenged us to take a year off of dating to allow God to change our hearts and minds before we dated anyone else.

So, on a whim and without much thought, I texted my accountability partner and told him about it and so the year of no dating started on August 4, 2012. In the course of that year, I broke the commitment, stopped the commitment, resumed the commitment, and hated the commitment. So, on August 3, 2013, I was talking to one of my best friends, mentors, and accountability partners, this was the day before my commitment ended and we were talking about what would happen once it was actually done, and he made this statement to me, “this year has hurt you more than it has helped you, because you think a relationship is just going to magically happen now.” Boy, did he hit the nail on the head. So, he and I came to the conclusion that it was not the best decision I had ever made, but it was time to move and seek what God had in store next.

If you know me at all, you know I am not patient at all, and showing patience waiting on that year to end was ridiculous. And realizing that things were not just going to happen with some girl just added crappy tasting icing to a moldly nasty cake. Well, fast forward two weeks from that conversation on August 3 to August 19. I had just another accountability partnership with a good friend of mine who I met working a church camp with in 2012. He and I were talking about his relationship with his girlfriend (which is one of the most God honoring relationships I have ever seen) and he asked if one was on the horizon for me, or if I was just focusing on my youth group and school right now.

Well, if you know me at all, you know that I have always wanted a serious relationship. And especially since I started my job in January, I have spent more time complaining to my accountability partners because I was lonely and wanted someone to be with. It was at this point in time in my conversation with one of my accountability partners, that something God had been working on showing me in the previous day or so up to the point of our conversation clicked. My motives in wanting a relationship were so skewed and messed up that God was not going to give me a relationship until I allowed Him to purify them and make them what He wanted them to be. Talk about a total life and perspective changer.

It was at this point in time that my prayer changed from “God send me someone” to “God change my purify and change my motives to what you want them to be and then when you know I’m ready, send someone.” It was like a massive burden had been lifted off my shoulders and rather than searching, I began praying.

“2 You desire but do not have, so you kill. You covet but you cannot get what you want, so you quarrel and fight. You do not have because you do not ask God. 3 When you ask, you do not receive, because you ask with wrong motives, that you may spend what you get on your pleasures.”
– James 4:2-3

It was not until this morning that it registered with me, that this was the verse was exactly what God had just shown me a few days prior to this. I was not getting what I wanted, because my motives were wrong. Examine what you want in your life, then examine what your motives are. If they are right, be patient and continue to ask God for that thing, if it is what you need, He will bring it. However, if your motives are wrong, ask God to purify and change them before you continue asking for that thing. You might be surprised at what will happen in your life when you do this! 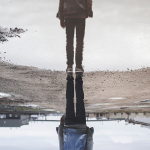