How Can I Do That?

“He replied, “You give them something to eat.”
They answered, “We have only five loaves of bread and two fish—unless we go and buy food for all this crowd.”” Luke 9:13

If we’re going to be honest we have all had that moment where we are told to do something and we look at the person and say or at least think, “how in the world will I ever do that?” More than just with people, a lot of us have done this with God.

That is exactly what is going on with the disciples and Jesus here in Luke 9. Christ had sought to draw away with His disciples, but the crowds had heard about it and followed after them. The end of the day was drawing near, and the disciples told Christ that they needed to send them back into the villages and towns to get food because they were out in the middle of nowhere. Christ responds with a simple command,

You give them something to eat.”

The disciples respond telling Christ that they have nothing except for five loaves and two fish, unless they go into the towns to get more food for them.
Have you ever been in the same place as the disciples, God tells you to do something and your response is there is no way I can do that. If you know the passage to which I am referring, you know that Christ went on to perform a miracle feeding between 15,000 – 20,000 people.  Now you might be wondering, why does this matter to me?
Here is the thing, when we respond the way the disciples did to Christ we are doubting God’s power to be shown in our lives. Now I know the disciples never said, and you probably do not either, that God could not do it. But there outward expression is the display of an inward lack of belief. As I read this passage, one verse came to mind,

“But he said to me, “My grace is sufficient for you, for my power is made perfect in weakness.” 1 Corinthians 12:9a.

In this verse Paul is talking about how he had this impossible task of dealing with a thorn in his flesh, and he pleaded with God to take it away. God simply said to my Paul, my power is shown where you lack power.
You might be doing the same thing as the disciples, not outwardly saying you can not do something, but inwardly when God tells you to do something you are battling with Him. Now I have no idea what God might be telling you to do, but remember what Paul said, where we lack strength, God shows His strength. The same Christ who fed 15,000 – 20,000 is the same one whom can give you the strength that Paul received. Next time you face an impossible task, admit to Christ you cannot do it on your own, but ask for His strength do to it through you.
How Can I Do That?2013-08-242018-01-28http://jakelaw.org/wp-content/uploads/2018/01/jake_law_black_web2-1.pngJake Lawhttp://jakelaw.org/wp-content/uploads/2013/08/how-can-i-cover.png200px200px
Recent Posts
Archives
Categories
Twitter
Jake Law
Quick Links
Blog
Shine Church
Project Honor
Socials
Facebook
Twitter
Instagram
Snapchat 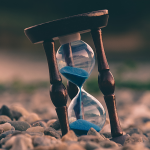 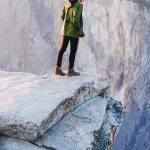